Zeppa offered Stem op een Vrouw to help improve her campaign strategy and visual identity for the 2021 Dutch parliamentary elections. The goal of the campaign was equal representation of men and women in the Lower House.

The communication of the various activities of Stem op een Vrouw was mixed up, which meant that the power of the campaign was snowed under. Zeppa proposed to make more distinction between the foundation, the organisation and the campaign. This made it easier to link the different initiatives together and it made the structure of the website instantly clearer.

Bright colours and a powerful font

We suggested using a brighter colour palette. This way, Stem op een Vrouw stands out more. We also added a powerful variable font which offered many possibilities to play with the typography without making the image cluttered.

In 2021, for the first time in history, it was possible to elect a Lower House that consisted of half women. Therefore, Zeppa came up with the optimistic slogan: “We aim for 50%”. The beauty of this slogan was that it explained the ambition and goal of the campaign at once. At the same time, the slogan showed that the goal was not ‘more women’ in politics, but an equal ratio, i.e. 50%.

Bar charts are an important element in the visual language of the elections. By using these diagrams in the campaign style, it becomes clear at a glance what the problem is and what the goal is.

Explanations in an infographic

‘Smart voting’ means voting for a woman lower on the list, just lower than your party’s number of seats in the polls. Vote for a Woman already used an infographic to explain this message.  Zeppa redeveloped this infographic by simplifying the various steps and researching how images are best used. 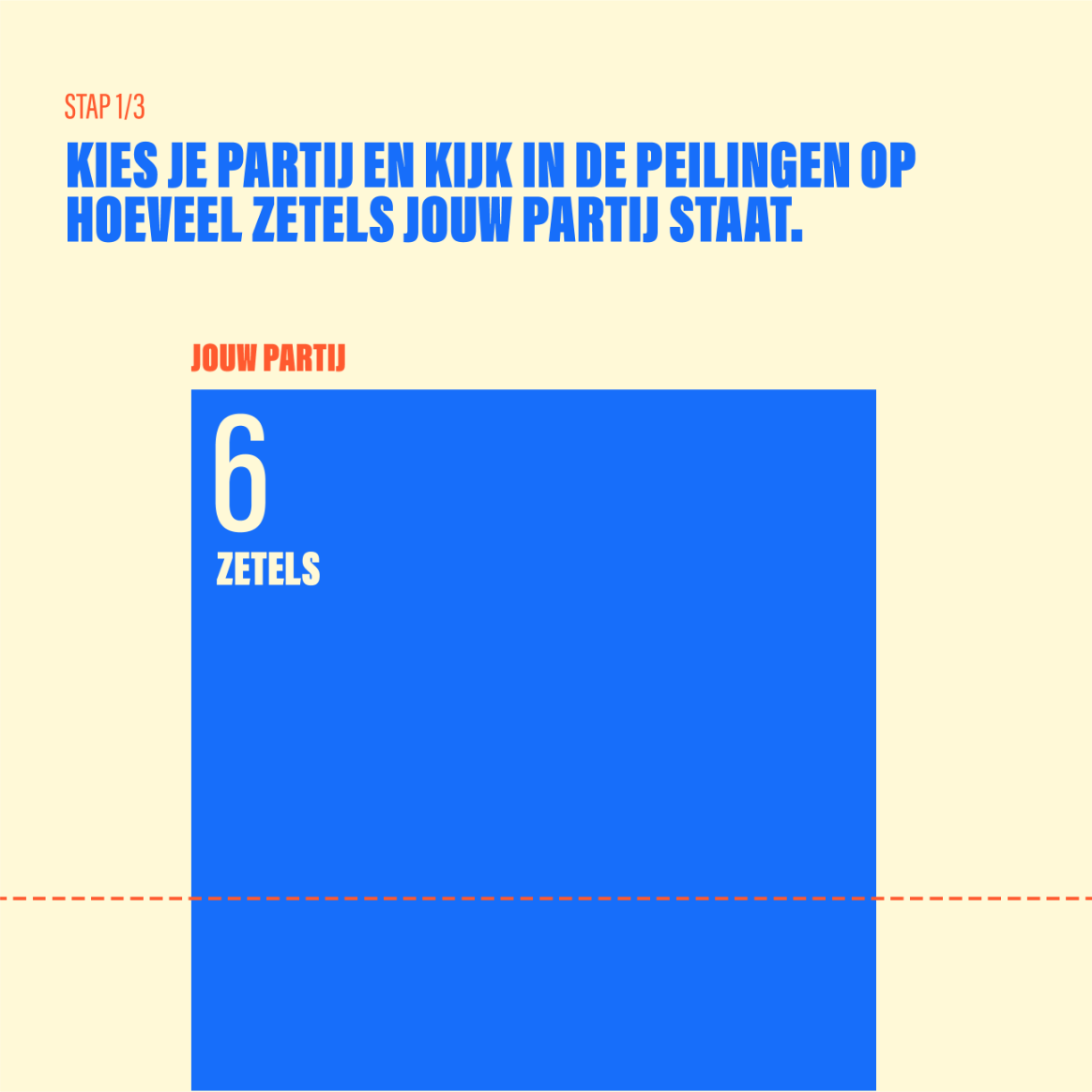 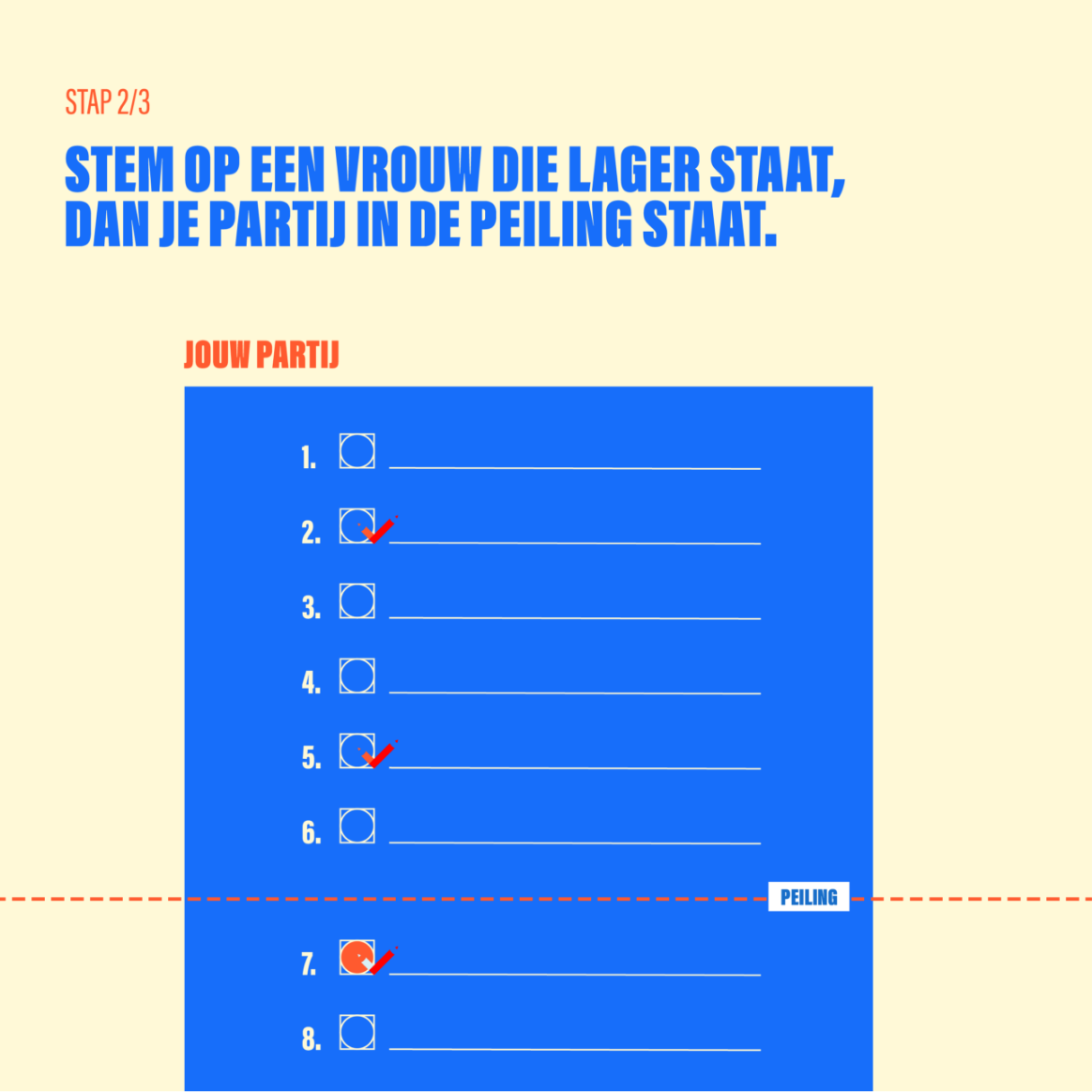 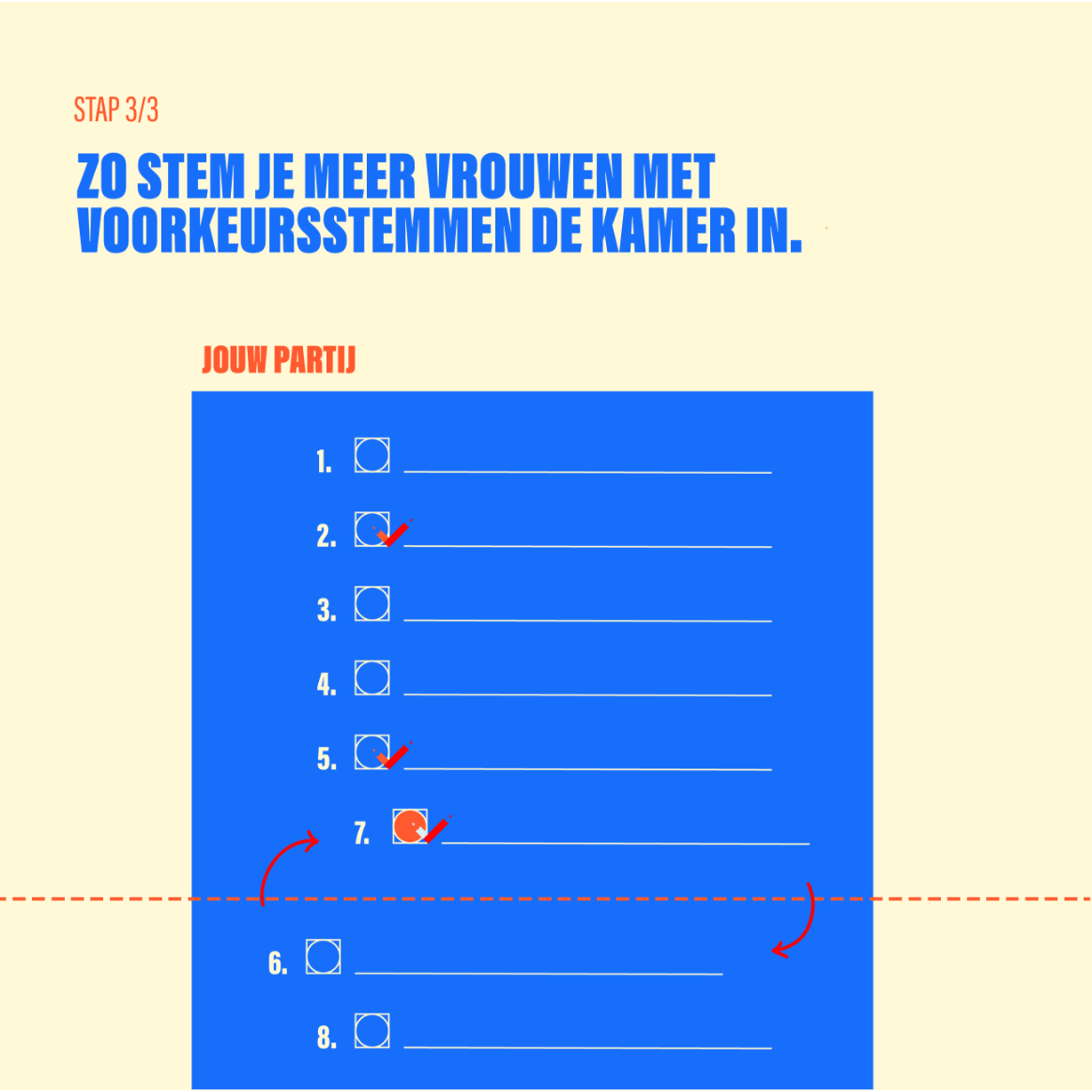 The website of Stem op een Vrouw was built as a campaign site and then lagged behind the development of the organisation, which now provides a wide range of training courses.

By shifting parts and separating the campaigns around elections from the trainings, Zeppa made the structure of the website flexible. In the run-up to the elections it is a campaign site; in the intervening periods it is a website with various activities. 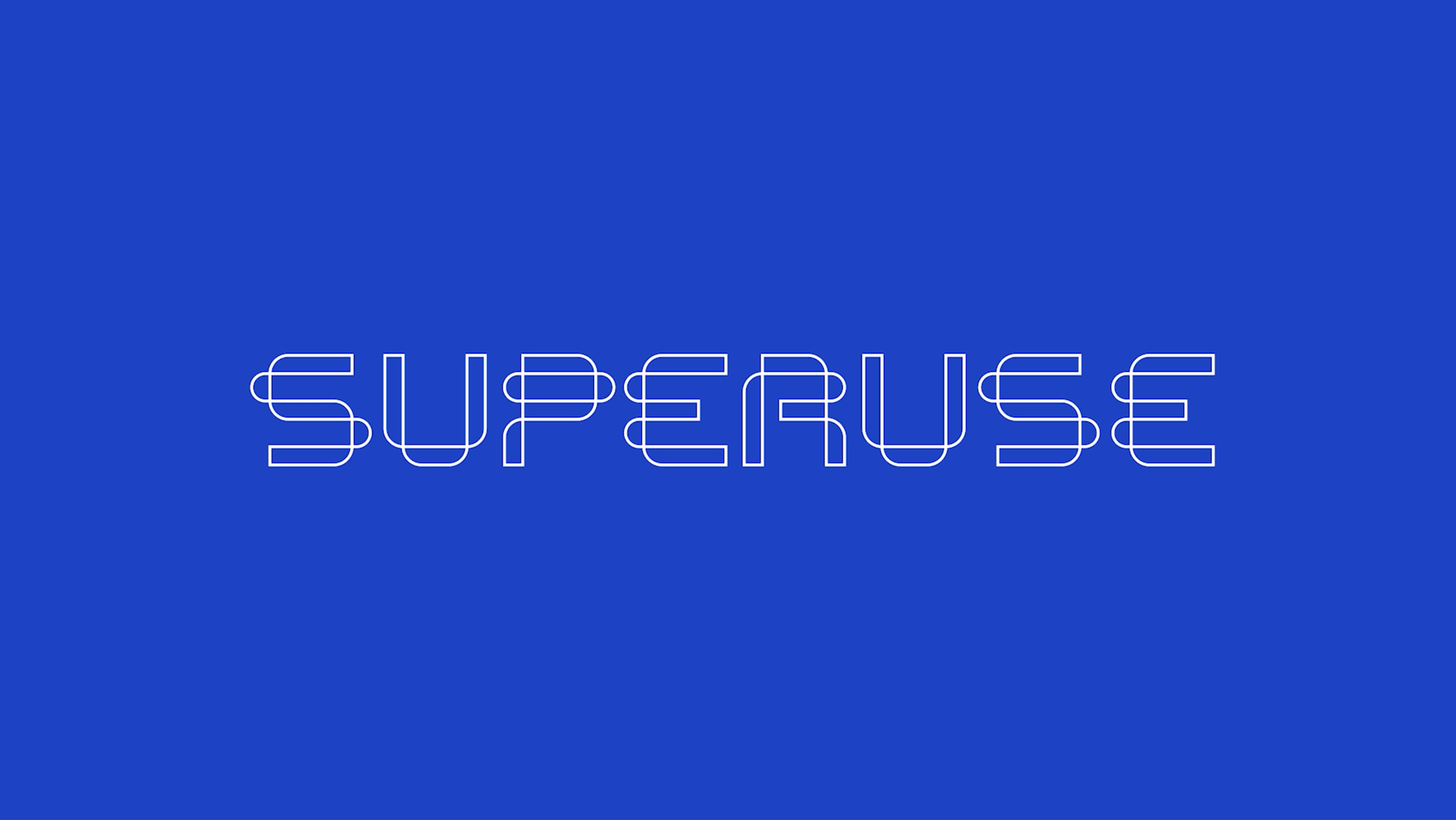 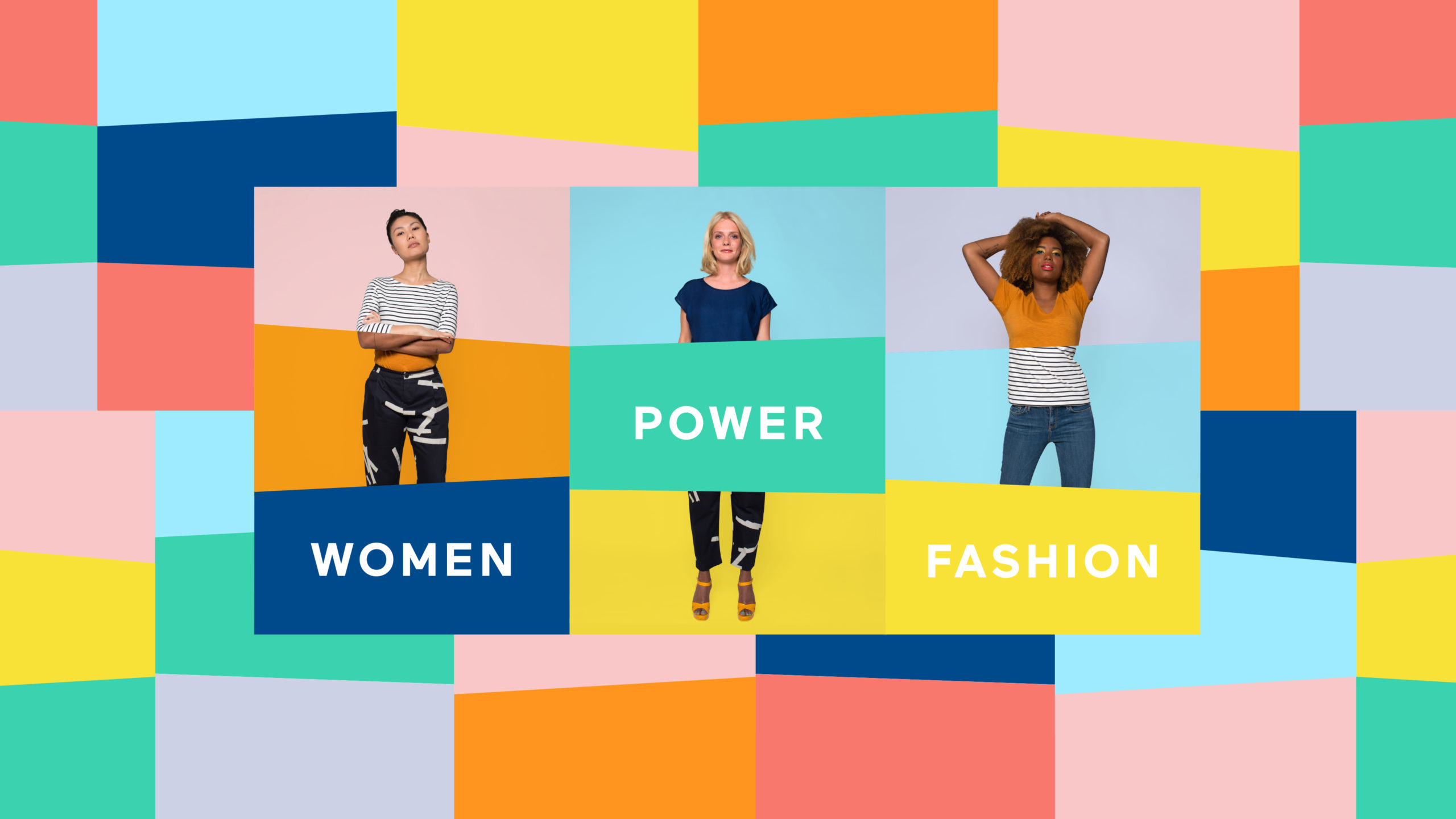